Top Gear Is Coming to the MotorTrend Network and App

For more than a decade, we’ve followed them around the world. Vietnam. The Makgadikgadi and the Kalahari. Bolivia’s “Death Road.” The North Pole and the Transfăgărășan Highway. Starting in June, Top Gear is coming to MotorTrend—with 24 seasons of classic Top Gear U.K. (yes, including all the Clarkson-Hammond-May years) in the U.S. and Canada.

Even more exciting, an all-new American version of Top Gear will debut this fall, only on MotorTrend.com.

The celebration kicks off June 1, with a three-day mini marathon of your favorite Top Gear episodes on MotorTrend Network (formerly Velocity) through your TV provider starting at 8 p.m. Then, on Tuesday, June 4, the entire Top Gear back catalog of seasons 2 through 24 goes live for subscribers at MotorTrend.com. More than 200 episodes, all available to stream at any time, plus all your favorite MotorTrend and Velocity shows for just $4.99 a month.

That’s just the tip of the Reliant Robin space shuttle. Also premiering on June 4 is the first of 16 “Specials” episodes, which will launch on every Top Gear Tuesday into October. Even that’s not all, because we’re also bringing you a new “Best of Top Gear” thematic compilation series with all your favorite races, project cars, challenges, and more together in blockbuster episodes every Top Gear Tuesday. Before you can finish binging all that, we’ll be adding seasons 25 and 26 in 2020, plus more Top Gear–related shows you know and love.

“MotorTrend’s heart is with motoring fans and car enthusiasts everywhere,” said Alex Wellen, global president and general manager of MotorTrend Group. “Top Gear’s brand, stories, and personalities are a natural fit for MotorTrend as we continue our mission to embrace, entertain, and empower the motoring world.”

You will want to binge all the content that premieres in June, because this fall MotorTrend and the BBC are bringing you an all-new American version of Top Gear only for subscribers on MotorTrend.com. Casting for the hosts is happening now and will be announced soon, so get to MotorTrend’s Facebook and Instagram pages and tell us who you want to see as the hosts of the next Top Gear. Then sign up for all of MotorTrend’s Top Gear news at MotorTrend.com/TopGear, and if you haven’t already, subscribe!

Top Gear has an estimated worldwide audience of 350 million people. The past catalog of seasons allows MotorTrend streaming video subscribers to see all the episodes starring the iconic trio of Jeremy Clarkson, Richard Hammond, and James May, as well as the subsequent crew of Matt LeBlanc, Chris Harris, and Rory Reid. 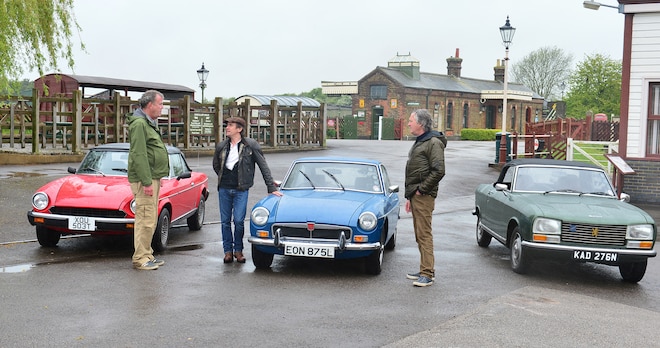 The post Top Gear Is Coming to the MotorTrend Network and App appeared first on Automobile Magazine.