The Biden campaign disconnected reporters from a virtual fundraiser with Wall Street donors on Thursday evening, a move that coincided with the former vice president opening himself up to questions from the approximately 25 people at the virtual event.

According to the Associated Press, Rufus Gifford, deputy campaign manager for team Biden, released a statement over an hour after reporters were booted from the call explaining that the decision to limit press access was part of a “new format.”

“Tonight’s event was a new format as we enter a new phase of the general election campaign, but we will continue to ensure press access to our virtual finance events as part of our campaign’s commitment to transparency,” said Gifford, per a copy of the statement posted by CBS reporter Bo Erickson.

According to a pool report of the fundraiser, the Biden campaign kicked out the pool reporter several minutes after the event started, with the reporter noting that the campaign’s move bucked the tradition of “covering these pooled fundraisers in their entirety.”

Before Biden opened up the fundraiser to questions, the presumptive Democratic nominee told the donors he wouldn’t let them “get away” if he wins the election, as they may be capable of helping him change the country into something “better than the one we inherited.”

Not tonight. @MariannaNBCNews, the pool reporter representing news organizations, was kicked off as he started taking questions from Wall Street donors pic.twitter.com/HpocNaed7u

The Associated Press also notes that this fundraiser was unique in that reporters were asked to call-in to the fundraiser instead of participating via video call as usual.

Only several months ago, Biden was making the case for transparency in an attack on former NYC Mayor Michael Bloomberg, who was receiving heat for his usage of non-disclosure agreements amidst his brief presidential run, according to Fox News.

“Let’s get something straight here. It’s easy. All the mayor has to do is say, ‘You are released from the non-disclosure agreement. Period,” Biden said at the debate, before drilling down the importance of general transparency with other examples. “Whether it’s your health records, whether it’s your taxes, whether you have cases against you, whether or not people have signed non-disclosure agreements.”

Despite struggling to gain momentum in the crowded primary field, Biden has since started to rake in money from those looking to unseat President Donald Trump this November. According to Politico, former Democratic nominee Hillary Clinton raised approximately $2 million in a single night for a joint fundraising committee that is supporting Biden’s presidential run.

The Daily Wire, headed by bestselling author and popular podcast host Ben Shapiro, is a leading provider of conservative news, cutting through the mainstream media’s rhetoric to provide readers the most important, relevant, and engaging stories of the day. Get inside access to The Daily Wire by becoming a member. 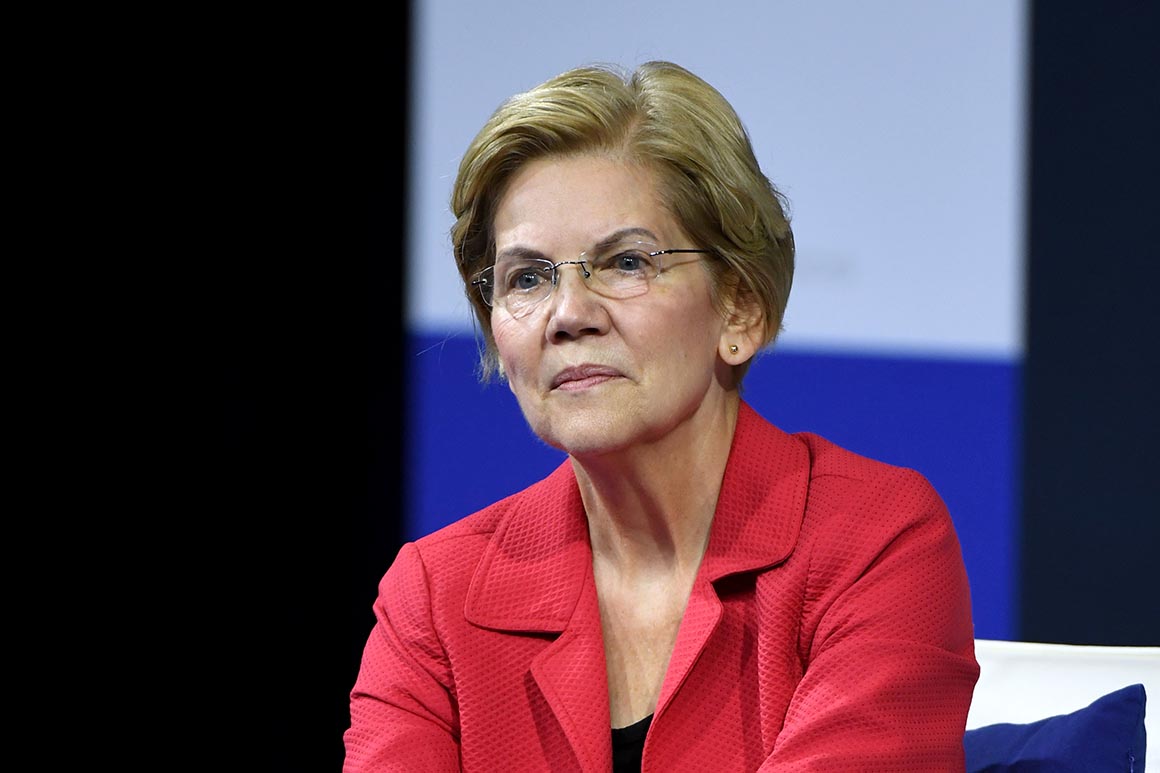 Sen. Elizabeth Warren’s presidential campaign said Friday it raised $24.6 million in the third quarter and has $25.7 million cash on hand, further solidifying her rise to the top tier in the Democratic primary.

Warren’s team was alone among those campaigns to disclose its exact cash on hand. Harris’ campaign said it has nearly $10 million in the bank.

“Celebrate. Say ‘woo-hoo!’ (quietly, if you need to, depending on where you’re reading this),” Warren campaign manager Roger Lau wrote in an email to supporters Friday sharing the fundraising numbers. “Close your eyes and picture Wall Street bankers scowling into their catered breakfast."

Warren’s strong fundraising comes as she has risen to the top of many national early-state and national polls after a slow start, topping both Biden and Sanders in some recent surveys. The Warren campaign also recently announced a $10 million-plus TV and digital ad buy in the coming months in the four early primary and caucus states.

Lau wrote that Warren added over 300,000 new donors in the third quarter, bringing her total to about 750,000 donors over the course of the campaign. Sanders’ campaign said in September that it had accrued more than 1 million donors.

Warren and Sanders out-fundraising rivals — without holding traditional fundraisers — has disrupted the traditional presidential campaign model heading into 2020 and defied expectations of many political strategists. Rivals have fumed that both Warren and Sanders had the advantage of transferring unused millions from past election funds, when they did hold some fundraisers.

Still, both the progressive candidates have kept up their fundraising and outpaced opponents without holding high-dollar events.

"[S]he got to spend her time traveling across the country, hosting town halls, taking tens of thousands of selfies, and hearing directly from people about what’s on their minds — and people chipped in to help make it possible," Lau wrote. Paul Manafort, the former chairman of President Donald Trump’s campaign, most likely has one question on his mind after being jailed while he awaits trial: Should he flip?
“It’s one thing to be a stand-up guy and not cooperate with prosecutors when you’re out and about,” one Justice Department veteran said. “That dynamic changes once the cell door locks and you spend your first night in prison.”
One important factor that could stand in the way of Manafort’s striking a plea deal is Trump’s pardon power.
Trump said Friday that he felt bad for Manafort and believes he is being treated unfairly. He later wrote on Twitter that Manafort got a “tough sentence.”

Sign up for the latest Russia investigation updates here »

A federal judge’s decision on Friday to send Paul Manafort to jail means Manafort, the former chairman of President Donald Trump’s campaign, is now faced with the same decision as several others in the Russia investigation: Should he flip?See the rest of the story at Business Insider

NOW WATCH: Why the North Korea summit mattered even if it was ‘mostly a photo op’

Mueller’s team accused Manafort of ‘foldering,’ a technique used by drug cartels and terrorist groups to secretly communicateTrump says he feels ‘badly’ for associates in Mueller’s crosshairs and doesn’t rule out pardoning themFormer Trump campaign chairman Paul Manafort was just sent to jail — here’s what you need to know about him

DON’T MISS: Trump says he feels ‘badly’ for associates in Mueller’s crosshairs and doesn’t rule out pardoning them

On Sunday, President Donald Trump called on the Justice Department to open an internal investigation into whether the FBI placed an informant into his 2016 presidential campaign to spy on him. By Sunday night, Deputy Attorney General Rod Rosenstein had made clear that Justice would investigate whether any wrongdoing was found in the use of the informant, who, according to CNN sources, was never embedded in the campaign.